Go to content
Carr Vale Iron.
Over many years now I have come across a great deal of slag in the fields around Carr House  Farm. I supposed this was as the results of iron workings in the vicinity as a result of the numerous references to the trade in small iron wares. *.The area indicated on the map, although not confined to the constraints of the yellow marker has iron slag which I have identified (visually only) as possibly very early say Roman or Medieval and the fields also have (coal), limestone and ironstone nodules of various shapes and sizes in them which are used in the process of producing iron. As these early bloomaries were fuelled by charcoal, an abundance of wood was to be found along the side of the river Doe Lea.
The second map with the red marking on is where the pieces of slag were found the field is full of iron content you can pick this up from the soil with a magnet.
Ironstone, which is found locally between the coal measures is only capable of producing 30% iron after smelting.
Ironstone. Siderite.

The rusty-coloured ironstone which was mined locally comprised of only thirty percent iron when smelted, it came in several shapes; balls, nodules, dogs tooth and so on referring to its physical shape. It occurs as 'Siderite' or iron carbonate and several seams or 'rakes' occur between the main coal seams. At the Adelphi or Duckmanton Ironworks area a survey document from a competitor of the Smith family enterprises there, the Barrow family (later to become the Staveley Company) shows that the Inkersall Rake ironstone was being mined in the Duckmanton and Staveley areas at a rate of 1,932 tons per acre. (24th. March 1840). From the inventory of factory produced wares it would seem that the particular form of iron produced could not or was not made into steel because the iron produced had a high phosphorous content. It was used mainly for forging and casting of large industrial machinery parts for lead and coal mining operations as well as for use in the munitions industry.
Most iron was originally produced in Bolls or Boles and Bloomaries, these were simple furnaces which were normally set up on slopes facing south west to get the wind direction to blow the air into the furnaces Farey writing in 1790 remarks on the following on page 396.
'Places where I have observed the slag and remains of old bloomaries and charcoal furnaces. ......Car in Palterton'.

Copy of the book from Google Books. (Free).
*Locally manufactured goods were sold in the form of pottery and small iron wares which were a speciality of the area, goods manufactured here may well have ended up in London as the main Bolsover road which passes over Duckmanton Common was the main pack horse route to London from the North. It is well known that Bolsover produced stirrup irons, spurs, bridle bits and steel buckles. These spurs and buckles had to stand the test of having a loaded cart pass over them without damage. The steel was case hardened and the outer surface was treated so that it could attain a highly polished finish when completed, these local products were said to be of a very superior quality and were used in fighting armour and horse tack. Many other small industries were to be found in the area such as penknife production along with nails, drills and clay tobacco pipes. Many local fields especially between Dawood farm and Carr House farm show evidence of iron smelting with pieces of slag, nodules of ironstone and limestone being unearthed after ploughing. Records also indicate that sales of iron were made to Bolsover from 1690-99 by the Attercliffe group of Iron Masters. 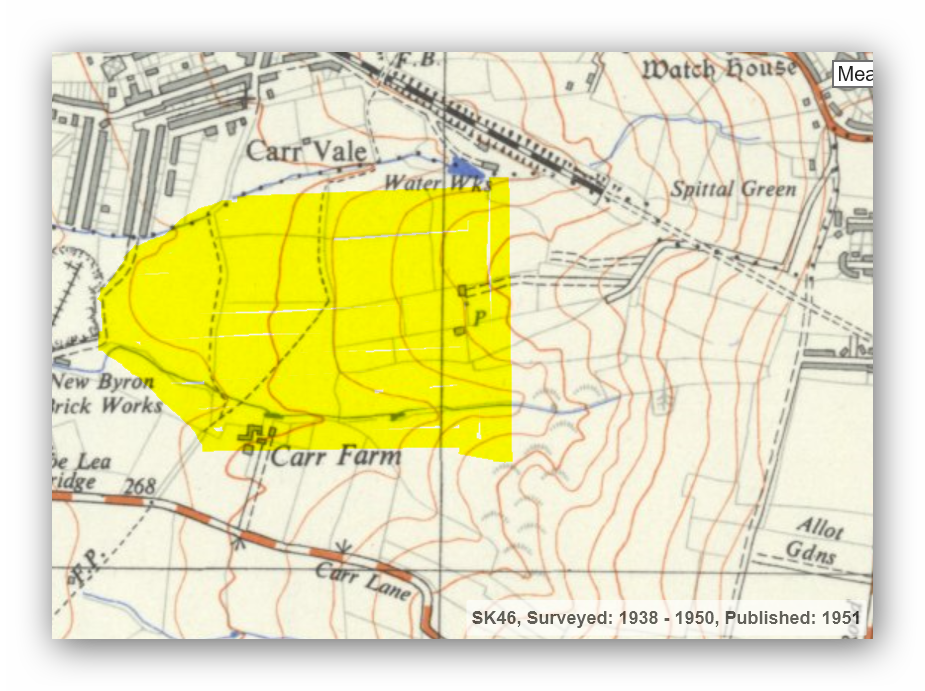 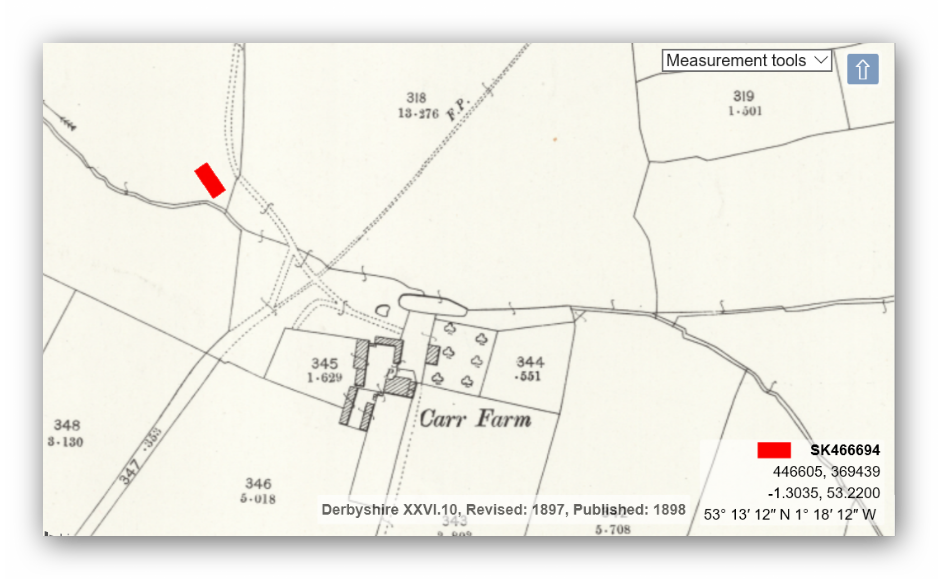 Photographs as follows:
Top. Remains of black slag.
Bottom. Remains of slag fused into a nodule of ironstone.
Neither piece shows any magnetic or pure iron content. Does show oxidised iron. (Rust).
The field to the north of this grid reference is full of iron shards and splinters, the amount in the soil lessens the more north you move.
It may be as a result of smithying from a blacksmiths hearth on the site from Carr House farm but nevertheless there is a great amount of slag in the immediate area and further afield. Will require further investigation.
Both from the area of: 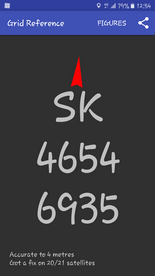 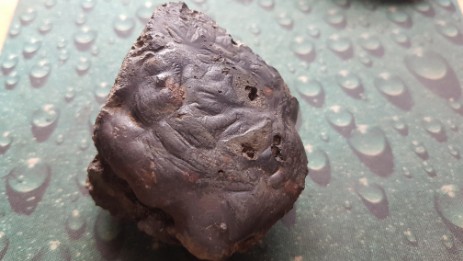 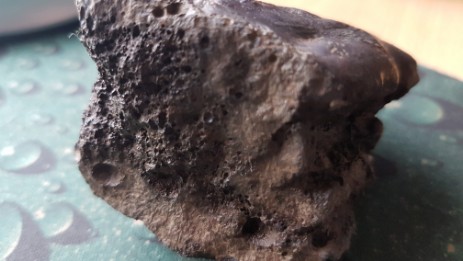 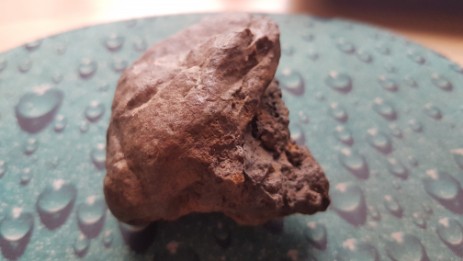 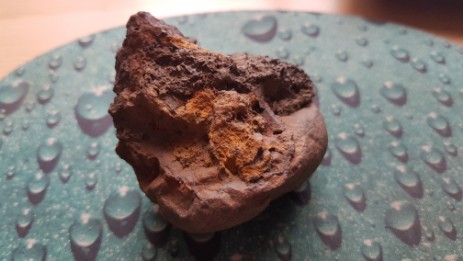