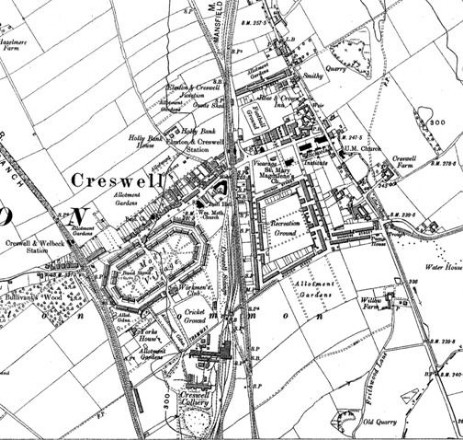 A visit in 1898 by the Institution of Mechanical Engineers.
This is a new colliery opened by the Bolsover Colliery Co., on the eastern boundary of their royalty. There are two shafts 18 feet diameter, sunk 445 yards deep to the celebrated Top Hard , seam of coal, which is from 5 feet 0 inches to 6 feet thick, and is identical with the Barnsley bed of South Yorkshire. There are 125 yards of cast-iron tubbing in each shaft, which keeps back the water and obviates the necessity and expense of pumps. The main winding shaft No.1 is fitted up with a steel girder headgear, which is the largest ever made; the height from pit-bank level to centre of pulleys is 65 feet, and the pulleys arc 18 feet diameter. There are two double-deck cages in the shaft, and three tubs of coal are wound on each deck; each tub carries 12 cwts. of coal, so that at each wind 3 tons 12 cwts. of coal are raised. The two decks are loaded and unloaded simultaneously, both at the top and the bottom of the shaft. On the pit bank the tubs from the top deck run on a falling gradient to the weighing machine, after which they are tipped by a mechanical tippler on to jigging screens and carrying belts; by this means the coal is divided into different qualities according to the size, each quality being spread out on a separate belt for the purpose of picking out all dirt, pyrites, and other impurities. The tubs from the bottom deck run on a falling gradient to a creeper, which raises them to the same level as those from the top deck, and they are dealt with in like manner. The winding engines for this shaft were built by Messrs. Thornewill and Warham, and have cylinders 40 inches in diameter with 7 feet stroke, and slightly conical drum averaging 22 feet in diameter. The engines are fitted with automatic expansion gear.
No. 2 shaft, which is the upcast, is fitted up with pitch-pine headgear 52 feet high from bank level to centre of pulleys, and the pulleys arc 16 feet in diameter. The shaft is fitted up with single-deck cages holding three tubs upon the deck. No coal is at present being drawn from this shaft; but it is intended eventually to raise 800 to 1,000 tons per day from it, when the underground workings are fully developed. At present it is used for sending down timber and all other material into the mine.
The colliery is ventilated by a high-speed fan 20 feet in diameter, made by Messrs. Walker Brothers, Wigan, which is driven by a compound engine and ropes, and is capable of producing 200,000 cubic feet of air per minute with a 3-inch water-gauge and 170 revolutions per minute. There is an electric lighting and pumping plant, driven by a Marshall engine fitted with Cruet's trip governor. The lighting dynamo has a capacity of 300 16-candle-power lamps and 110 volts; and the pumping dynamo is 20 horse-power, driving a motor and pump 1,000 yards away for supplying feed-water to the boilers. Electric haulage machinery is about to be put up. There is a range of ten double-flue Lancashire boilers 30 feet by 8 feet, fitted with Hodgkinson's coking stokers; and creepers for supplying slack to the stoker hoppers, and for conveying the ashes away from the boilers. The chimney stack is 9 feet internal diameter and 175 feet high. The workshops consist of smiths', fitters', and joiners' shops, stables, mortar mill, store room, time-keeper's office, and corn and chop chamber.
The colliery has been designed to produce an output of 3,000 tons daily; and the whole of the sidings have been laid at a uniform gradient of 1 in 75, doing away with the necessity of using any locomotive power. The present output is from 1,600 to 1,700 tons daily, and the number of men employed is about 700. The general manager is Mr. John P. Houfton, and the certificated manager Mr. J. G. Linneker.
1898. 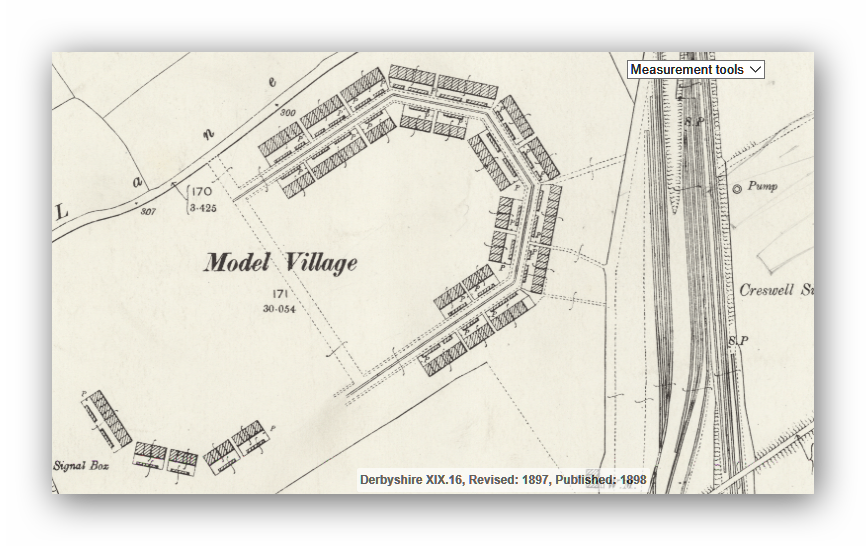 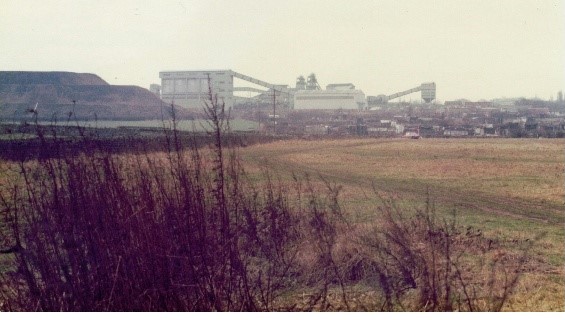 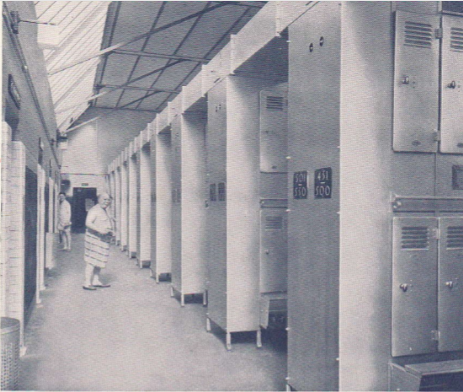 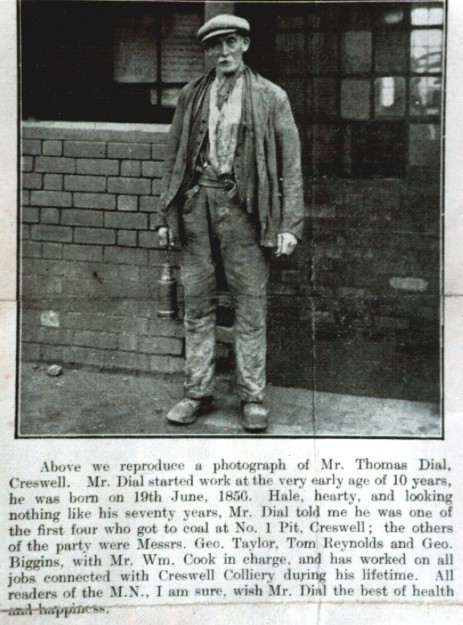 Hi Neil,
I was browsing looking for something else mining related and came across your Creswell site and wondered if you'd be interested in the attached photograph of my great-great-grandfather, one of the sinkers of Creswell Colliery. Details are in the short article under the photograph.
Please feel free to use if you wish
Kind Regards
Andy
Thomas Dial born 1856. 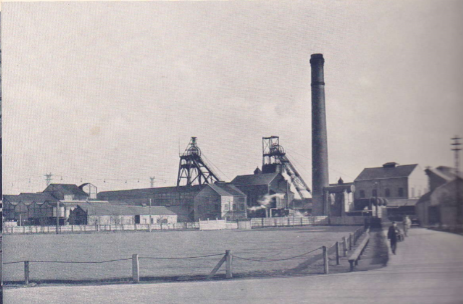 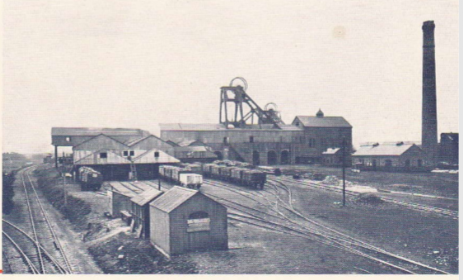